Odin made another appearance at Nottingham Gaussfest 2022. This year I got to run outdoors with a 32A 3 phase supply! A new spark record of 10ft was set, and a new power consumption record of around 15kW.

The Tesla Space Gun 2000 dub siren and drum machine were unleashed on an unsuspecting public.

I was so busy setting up and running the coil that I didn’t have a chance to get any photos.

But plenty of other people did.

this video was shot by Mark of tuopeek.com (Not toupees, autocorrect!) and gives a good impression of the whole event. Odin can be seen around 1:50. 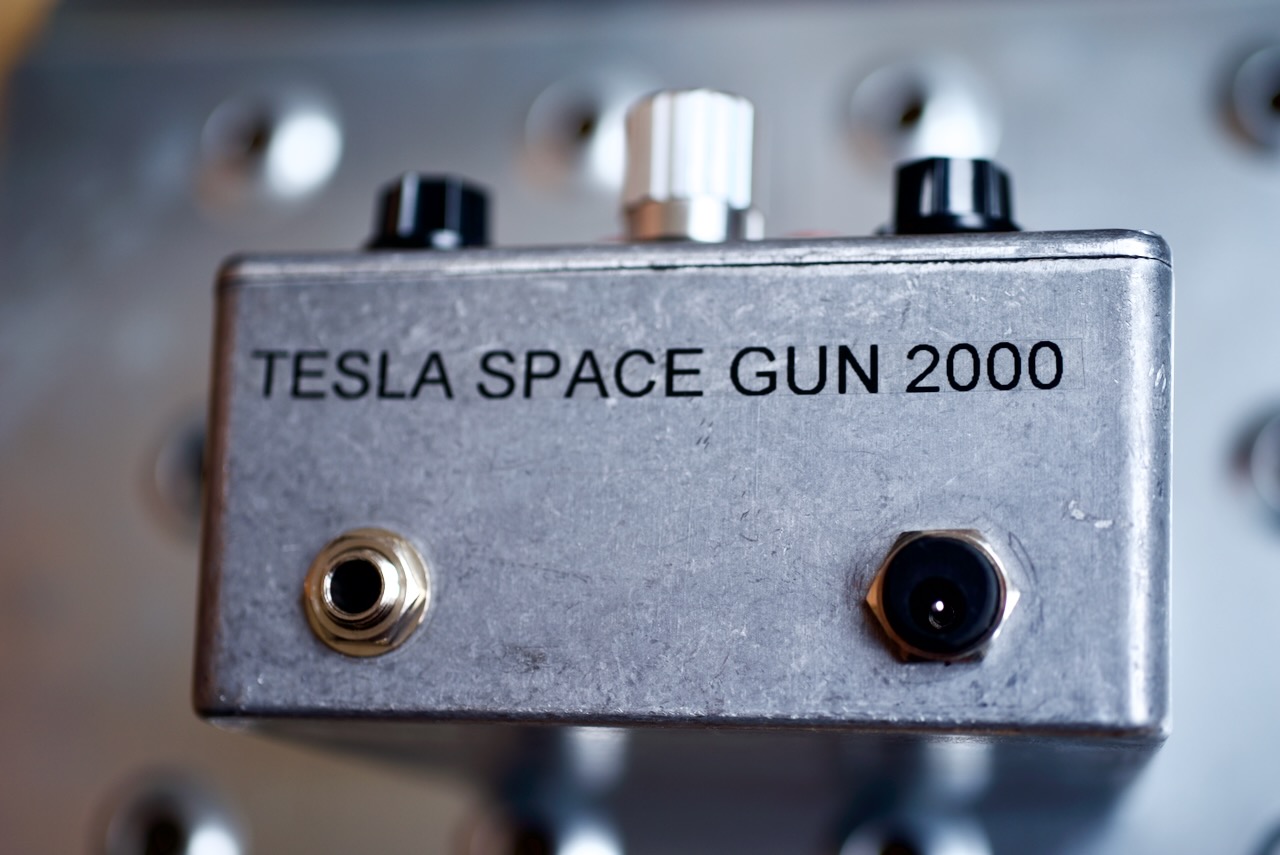 This bonkers event was organised by Extreme Electronics at Papplewick Pumping Station in Nottinghamshire. One of the few venues where Odin‘s full power can safely be deployed…

Look out for Mike “Electricstuff” with fingers in his ears

We plugged it into the 3 phase outlet and it started up normally! 😀

When smashed with 750V the Tesla cabin heater would draw an impressive amount of power while warming up. Unfortunately the steady state power draw was only about 2kW, probably something to do with the rather weak fan cooling it.

The PFC line current waveforms at (roughly) this 11kW output power level. No surprises here, they look exactly like the theoretical ones for this circuit. (Except strictly speaking the red one is upside down 🙂 ) The theoretical power factor for this waveform is 0.95.

We don’t have a 3 phase power analyser in the lab, so I used 2 single phase ones on the input, according to the old “2 wattmeter method“. To be honest this didn’t work very well, as the power drawn by the PTC heater was always changing, and it was impossible to make sure the 2 meter readings corresponded to exactly the same time. Also, the PF reading is rubbish due to the inherent 30 degree phase shift: to get the actual PF you have to plug the wattage readings into a complicated formula.

When the heater reached steady state, I measured an input power of 2000W, an output of 1900W, and a power factor of 0.96. From an academic point of view it would have been nice to measure the efficiency at higher powers, I expect that 100W is mostly switching losses and the efficiency will increase with heavier loads.

The main goal was to get confidence that the PFC would work at its first gig, and this has been achieved 🙂

I decided it was time to build a new power supply for Odin with power factor correction. (See all posts on the PFC)

Power factor what? To explain, we have to go back to the turn of the last century and the War of the Currents. Alternating current won so all of our mains supplies are AC. However, solid-state Tesla coils, like most power electronics, run off DC. Odin needs several kilowatts of power at about 750V DC.

The simplest way to achieve this is to use a voltage doubling rectifier on the 240V AC mains. I used this in my previous large solid-state Tesla coil, the OLTC2, with one small refinement. I used SCRs instead of diodes to allow soft starting and varying the output voltage.

The major drawback of this circuit is a very poor power factor, especially at reduced output voltage. It is particularly bad in a DRSSTC, as it has a huge capacitor on the DC bus for energy storage, and the rectifier charges this directly. I improved the power factor somewhat by connecting a large iron cored inductor in series with the incoming mains. This worked well enough, and you can see details of the old power supply here here and here.

I used this same power supply topology in Mjollnir, Little Cook and Odin. There was no room inside the smaller coils for the passive PFC inductor, so I used a much smaller one, making the power factor even worse. The shortcomings really became apparent in a few shows I did with Odin. It performed really badly when running off a generator, and there were two venues with 3 phase supply that I couldn’t use.

After much thought I decided to go for the simplest possible solution: a boost PFC. These are very common in larger consumer electronics, and controller ICs and design information are readily available. It is also easy to modify for 3 phase input. Essentially you just replace the rectifier with a 3 phase one. The line currents aren’t nice sine waves any more, but the power factor is still greatly improved over a plain rectifier with the same filter capacitance.

Probably the biggest drawback for Tesla coil use is that the output voltage can only be greater than the peak value of the rectified input voltage. You are limited to a minimum of about 400V when running off 240V single phase, and 600V from a 415V 3 phase supply. This is a problem for me at least because I like to check the tuning at reduced voltage after setting the coil up at a new venue.

Eventually I persuaded myself that I could live with this and set to work designing a boost PFC.

My new Tesla coil “Odin” is up and running.