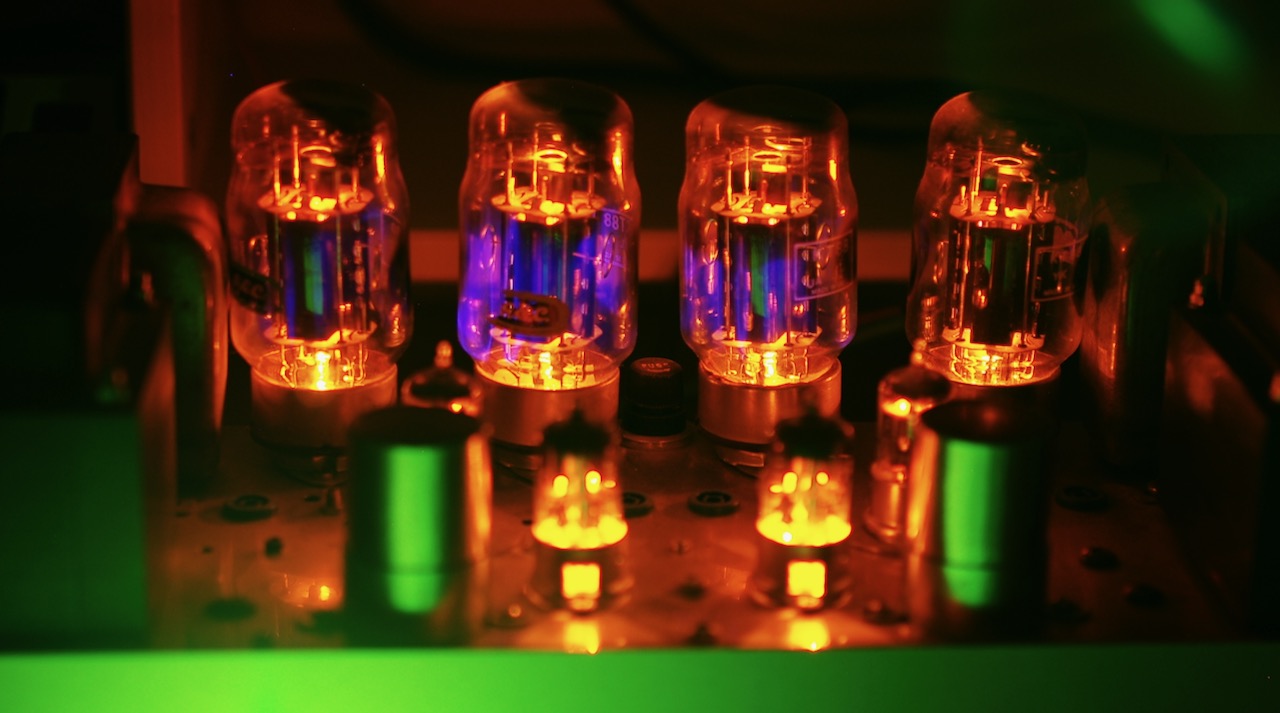 I’d always wanted a valve amp for my hi-fi, so I was very pleased when I picked up the remains of a Crown SXA. This is a 30-watt per channel stereo valve amp, made in 1960 by the same Crown company of Elkhart, Indiana who would later give us the giant-slaying Macro-Tech amps. (Yep, I want one of those for my amp collection, too! A MA10,000 will do nicely 🙂 )

That’s the good news, the bad news was that there wasn’t much left of it. I knew there was no chance of getting it back to original condition. All of the components were missing, and the EL37 valves originally used are now very rare and expensive. What’s more, I hated the look of the front panel! I made the following changes:

and it’s mostly 2nd and 3rd harmonic as expected. At 100Hz and 10kHz it only gets worse!

I recently replaced the original power transformers with Hammond 290KX’s.

And painted the OPTS to match